We worked with the client to update and localize the printer website for the Slovenian and Croatian markets and further expand it with content, driving added value for the user. We selected decorative wallpapers as the most visually distinct product produced by the printer. This is something that has received the most interest from end users in the past and we highlighted it most often in our content. We further expanded the reach of the campaign by working with Slovenian and Croatian influencers, who greatly contributed to its success by generating their own content and photos.

When a room inspires the mind and captures users’ imagination

As part of the activation, we enabled selected influencers to produce a wallpaper of their choice to decorate their homes. The influencers diligently documented the process of selecting the pattern and making the wallpaper, and soon the refreshed space glowed in all its beauty on the influencers’ profiles and on Canon’s website to impress large numbers of users. However, to make the process of creating wallpapers easy for users as well, we prepared a digital brochure that guides users through the process of preparing and creating a wallpaper. 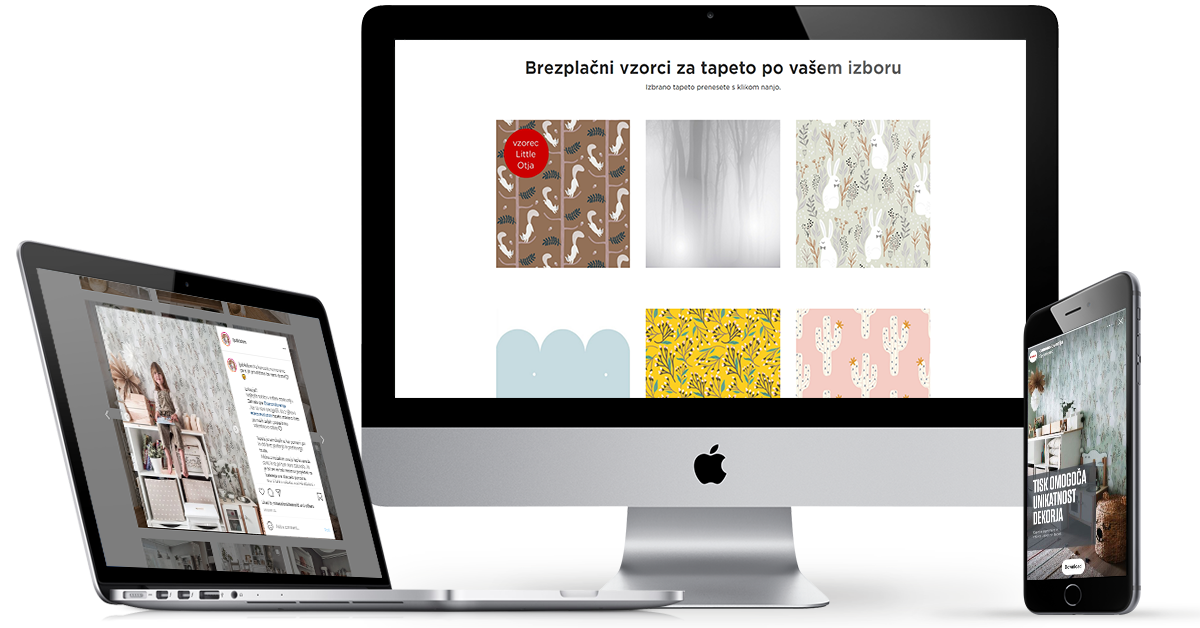 iPROM believes that the success of the campaign can be attributed to selecting the right influencers.

»We selected the influencers with special care, focusing mainly on their authenticity and their exceptional sensibilities for interior decoration and design. This was the only way to make sure that the content they created would be of high quality and well-designed to drive high levels of follower engagement,« explains Marja Bajželj, project manager and social media expert, iPROM.

Among the influencers who have inspired users in the Slovenian market were designers working under the name Little Otja. They also prepared a sample for the Croatian influencer Lili Halo Decoration. In Slovenia, they were joined by mom influencers Ljubki dom (Lovely Home) and Nepopolna mama (Imperfect mom). In Croatia, the walls of influencers IwaIva and Matejaliving were also decorated.

»What we like most about the campaign is that we added very high-quality local content, giving it more weight and thus generating more interest among our followers,« said Nataša Porenta, B2B Marketing Specialist at Canon Adria, at the end of the campaign. »We are positively thrilled with the results.«

For anyone who wants to redecorate their home with a wallpaper of their choice, Canon’s website offers free wallpaper samples that are ready to be printed in large format. This will help them save time and simplify their customer journey towards a printer order.