In the spring, Sberbank publicly launched a new service – ability to open an account remotely by using electronic identity and video identification. This has enabled existing and potential customers to access the bank from anywhere and at any time, even though it only operates 12 physical branches in Slovenia. With the goal of increasing visibility and driving the usage of the improved service, we developed an advertising campaign under the slogan “We’ve never been closer.”.

The campaign consisted of a video ad, traditional and advanced ad formats in digital media, and influencer activation on social media. 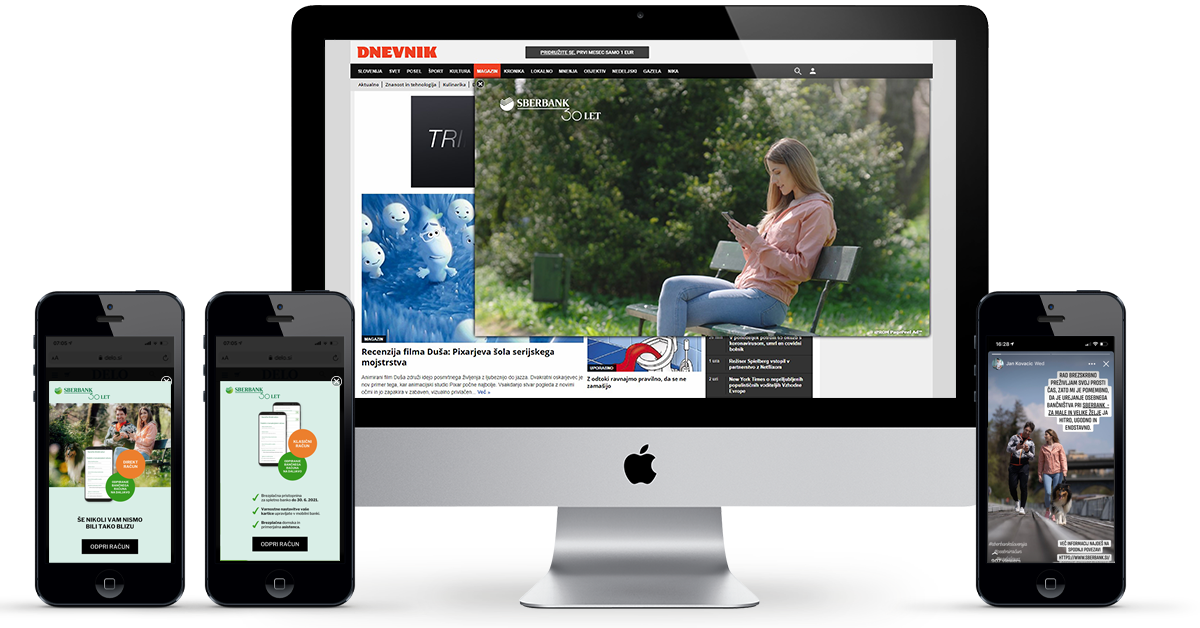 In Sberbank’s data silo, we combined data from the client’s past advertising campaigns and data on the behavioural patterns of visitors to the www.sberbank.si website. This allowed us to target our ads more precisely at digital media users with similar media habits.

We further increased the conversion rate or the number of accounts opened online, by retargeting users who visited the website but did not open an account. We were able to increase it by 25% by using tailored advertising messages.