As the onset of the epidemic accelerated its growth, Wolt expanded its food delivery services to all major Slovenian cities (Ljubljana, Maribor, Celje, Kranj, Koper) and started to build on the continuous presence of its brand on digital channels. In a short time, they have managed to create strong brand awareness and high unaided recall among target consumers.

The main objectives of communication activities were to build and strengthen Wolt’s brand awareness among both existing and new users. The communication was focused on the main advantages of the Wolt brand.

The target group was addressed through the use of programmatic leasing in Slovenian digital media. Based on the data collected from users who responded to the client’s previous advertising campaigns, we supplemented the strategy with a sample of users who had similar media habits to those of the first group. We also bout local digital media that fit the demographic of the desired target group. 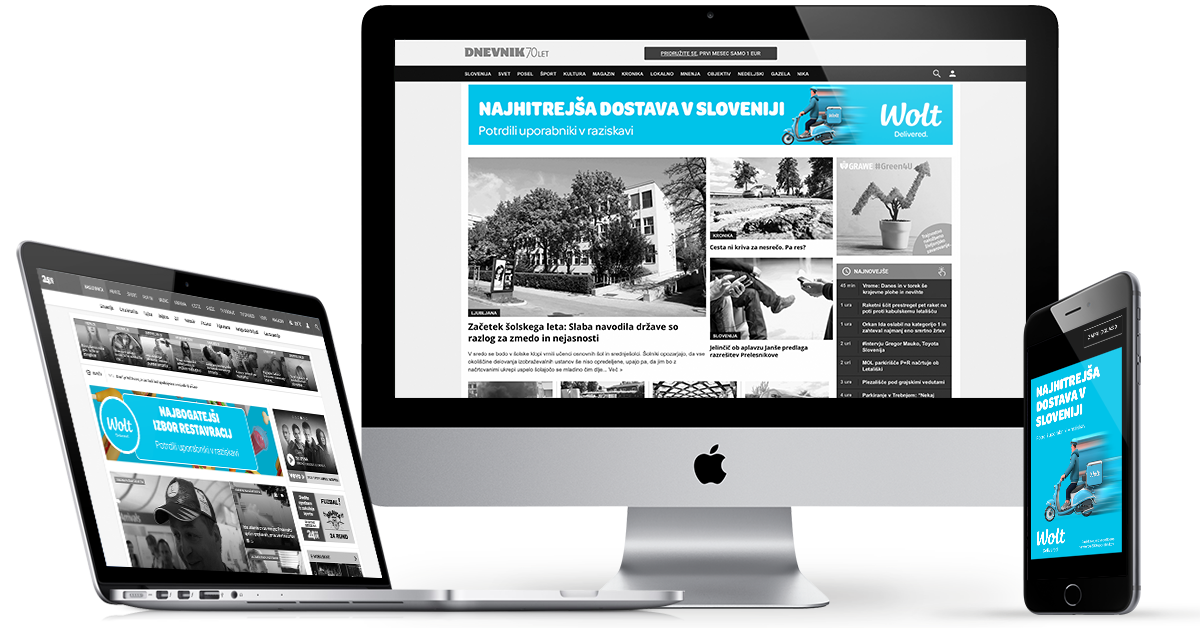 During the 2-week campaign, each user in the target group was exposed to the ad message five times and more than 18,000 individuals responded to the ads. As a result of targeting ads based on the data collected, we have increased customer attention to the brand and have reached a greater number of unique users by optimizing the advertising campaign in real-time and personalizing the frequency of ad impressions.

Continued use of iPROM’s programmatic advertising ecosystem to raise brand awareness and drive sales is an established practice adopted by our clients in their marketing strategies. This strategy allows clients to enhance their data silos with each advertising campaign and use the data to plan and optimise further advertising activities.