In its online advertising campaign Turkish Airlines wanted to promote a direct flight from Ljubljana Airport to Istanbul. Beginning in October, it launched a limited-time offer on flight tickets as part of its marketing efforts to promote the destination.

iPROM used its iPROM DMP (Data Management Platform) to analyse the behavioural patterns of digital media users and to identify the target group of potential travellers for whom the destination was relevant during the planned campaign period. The behavioural analysis was further enhanced by using machine learning to incorporate data from past advertising campaigns for Turkish Airlines that were carried out by iPROM. The combined data was used to target online media users with iPROM Cloud technology, which was used to reach both profiles specifically selected for the campaign that had previously interacted with the airline’s commercial content, as well as new profiles with characteristics that represented potential travellers to the target destination during the defined campaign timeframe.

39 percent of all buyers of the offered airline ticket were directly referred by display ads to the landing page with the option for purchasing a ticket. The incentive with display advertising, which reached 90% of the defined target group, further activated purchases through specialised airline ticket search engines during the campaign itself. By running the digital advertising campaign, Turkish Airlines almost matched its pre-epidemic performance in terms of the number of tickets sold and sold out all available seats on its planes. Data-driven display advertising, which addressed the target audience on mobile and desktop devices simultaneously (multi-channel targeting), increased airline ticket sales in a very short period of time. 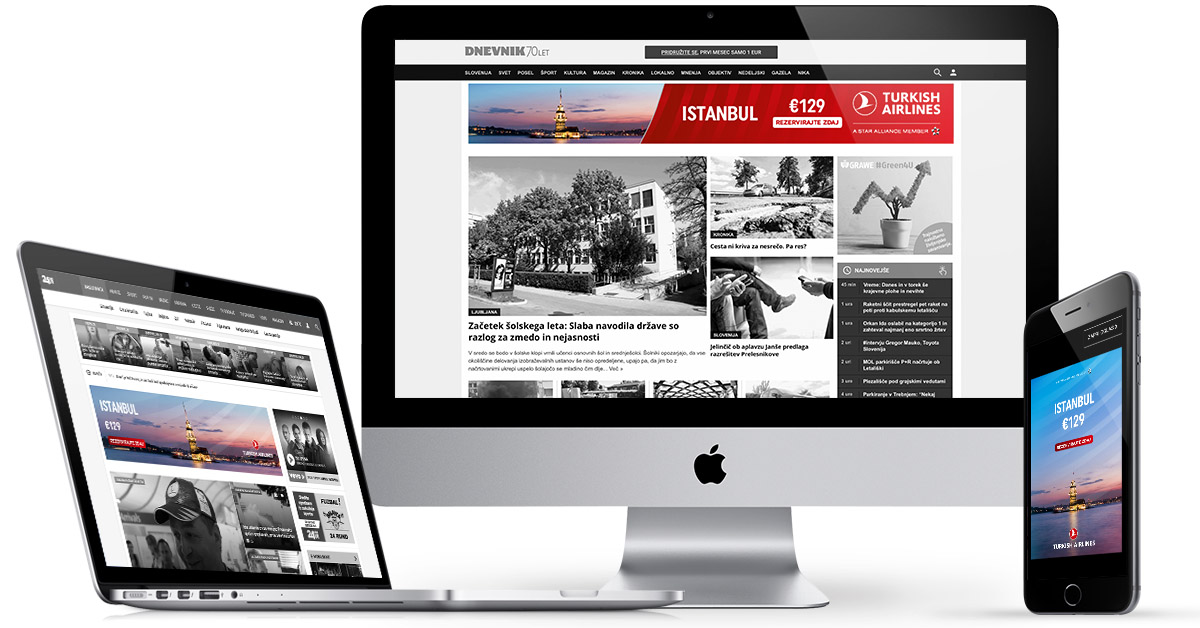 Gregor Grozl, Marketing Department Representative at Turkish Airlines, commented on the successful advertising campaign, “As a result of the COVID-19 epidemic, the airline industry faces one of its most difficult periods ever. Even though travel is still quite restricted, our customers are becoming accustomed to the new reality and are becoming more adventurous. That’s why Turkish Airlines partnered with Ljubljana Airport to highlight our airline ticket sales campaign for Turkey and achieved excellent results. Thanks in part to online advertising, sales performance has nearly returned to that of the pre-COVID era, which is a remarkable achievement. Thanks to iPROM for making this possible with their advanced tool!”