A new analysis of the technological characteristics of devices used by Internet users to access digital media shows that in the period from June 2019 to June 2020, 74% of all access to digital media was conducted via mobile devices. The average monthly reach of digital media increased by 32% in the analysed period.

»Since 2015, we have been monitoring the growth trend of mobile access to digital content, which in recent years has strongly indicated that desktops and laptops are stepping aside to give space to mobile devices as the first and main point of contact with various content in digital media. Despite the fact that in last year’s analysis we noticed a slowdown in the share growth of mobile access, this year the growth trend has strengthened again. It seems that the vast majority of web users regularly monitor content on digital media and perform a quick review of it mostly via mobile devices, but they still use a computer for in-depth reading, and even more intensively now«”, comments Tomaž Tomšič, head of iPROM Labs.

Slovenian digital media users primarily use desktop computers and laptops for in-depth content review. iPROM analysis records three times the activity of users who access digital content via computers than those who access it via mobile devices. Despite the predominance of mobile access, the analysis shows that almost half of digital media page views are performed via computers. 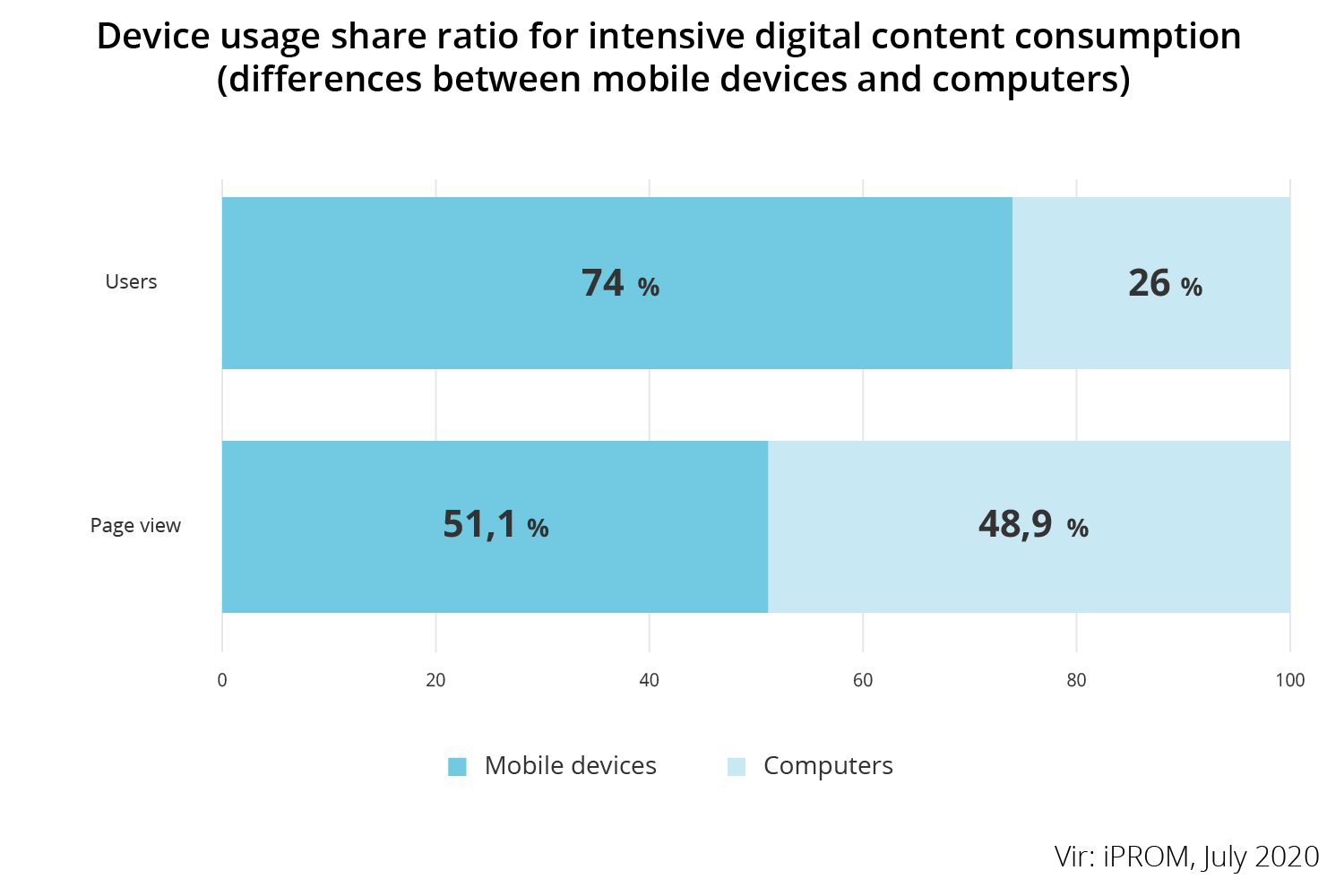 In this year’s analysis, a 32% increase in the average monthly reach of Slovenian digital media was recorded compared to the previous year.

»The data obtained once again confirm that the trend of digital media content consumption is growing. In last year’s analysis, Slovenian digital media reach increased by more than 10% annually, but this year the increase was significantly higher, which we attribute to changed habits of digital media consumption of content during social isolation«”, adds Tomaž Tomšič, head of iPROM Labs.

The Windows 10 version continues to cement its leading share

Operating systems usage analysis showed that Microsoft Windows with Windows 10 is the predominant operating system. This version accounts for a 63% share, followed by the Windows 7 version with 20%. The rest of the operating system usage pie chart is shared by Mac OS X with 7%, Windows 8.1 with 6%, and other operating systems such as Linux and older versions of Windows. 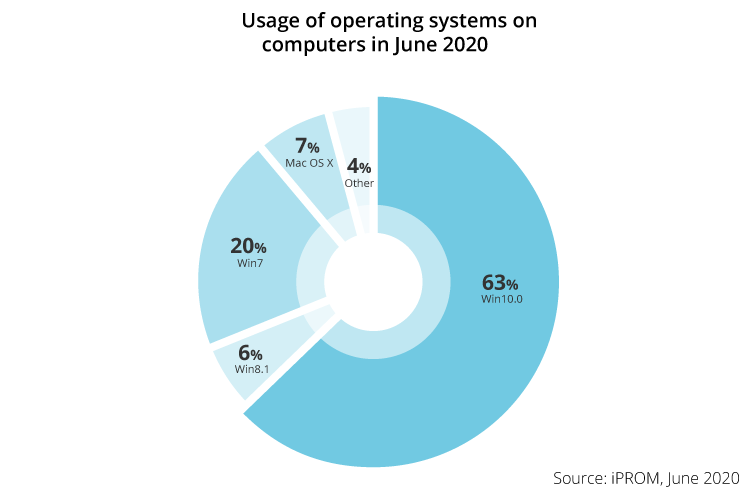 The data on which iPROM’s analysis of the technological characteristics of devices used by Slovenian Internet users to access digital content are based, captured and analysed every year in the same period (in this analysis it is from June 2019 to June 2020). iPROM records and processes a lot of acquired data on user behaviour through the iPROM Cloud technology platform, and has been preparing the analysis since 2004. This year’s analysis was performed on a sample of 1.6 million Slovenian Internet users and, according to the IAB standard, covered 18.2 billion measurement requests.