“The monthly reach of Slovenian digital media has increased by more than ten percent compared to last year. Considering the fact that the number of internet users in Slovenia only increased by a couple of percentage points, this is encouraging news for digital publishers in our market. Increased reach and the fact that individuals viewed more content than in the past year can also be attributed to the fact that content is better adapted to mobile devices that are the primary tool to access it,” Andrej Ivanec, Media Planning Manager, iPROM, commented the results. 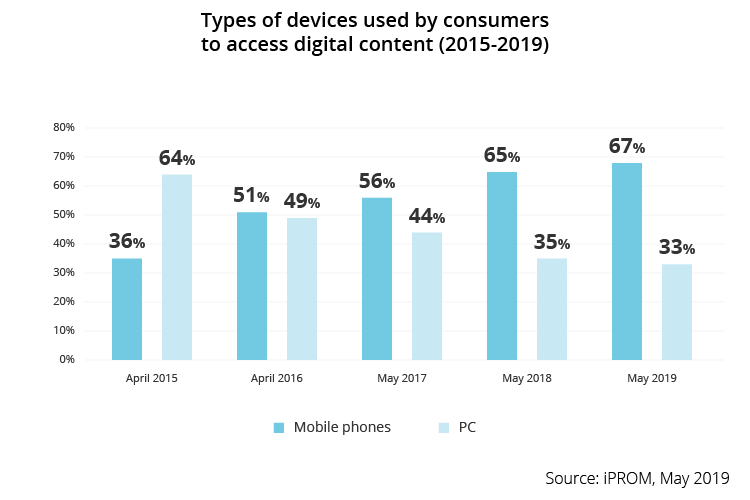 iPROM’s survey of the technical characteristics of devices used by internet users to access digital content reveals that the trends in the use of devices have completely reversed over the past five years.

The data collected by iPROM’s May survey shows that almost 60 percent of Slovenian internet users trust the latest version of Windows 10. The results make Windows 10 the most popular operating system among Slovenian users. 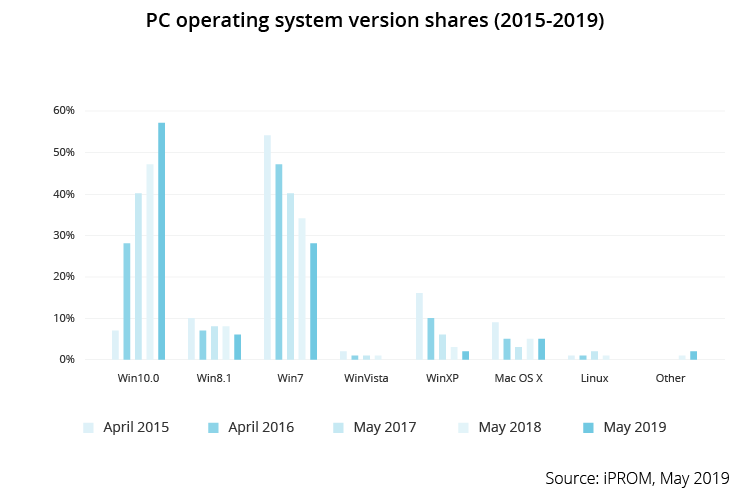 The shares of operating systems on mobile devices remain roughly the same as in 2018. Android continues to lead the market with 72 percent market share and iOS captured 28 percent of the market.

Slovenians prefer Chrome to browse the web on the desktop.

Chrome browser is trusted by more than a half of all Slovenian media users. Compared to last year, changes in browser shares were very small and the browsers took the same places.

Chrome browser share grew by 2 percentage points to 53 percent, while Firefox captured only 22 percent of the market. In contrast to the decrease recorded by Microsoft Internet Explorer (13 percent market share), Microsoft Edge gained 2 percentage to capture 8 percent of the market, a jump attributable to Edge being the default Windows 10 browser.

Data used to carry out iPROM’s analysis of the technology characteristics of the devices used by Slovenian internet users to access digital content is captured during the same period each year. iPROM captures and analyses data once per year using its iPROM Cloud platform. The analysis was performed on a sample of 1.58 million of Slovenian internet users. In accordance with IAB standards, the sample includes 15.5 billion of measurement requests.