Miha Rejc for Marketing magazin: Digital media content is more important than ever

Miha Rejc for Marketing magazin: Digital media content is more important than ever

Miha Rejc, Head of Social-Media Management of iPROM, spoke to Marketing magazin in order to explain how the new reality affects marketing communications and an increase in social media traffic. 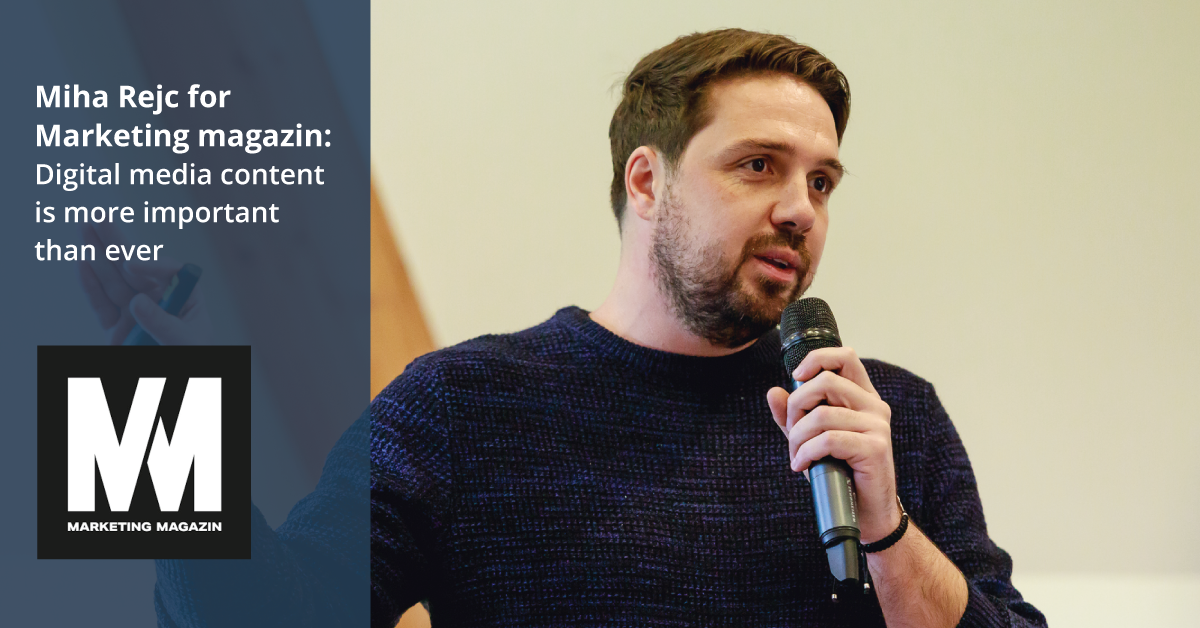 In his interview with Marketing magazin, Miha Rejc spoke about the results of iPROM’s media consumption analysis in Slovenian digital media which indicated a record growth in the interest for digital media content. In his comment, he pointed out that higher traffic is currently also recorded on practically all social media, as self-distancing and physical distance make people more intensely involved in spending time with one another over digital channels.

Increasing the intensity of communication in certain cases and certain industries

The influence of the current situation on communication in the industry is significant. »We are noticing an increase in communication, especially in the industry of products for everyday consumption. In March, interest in most thematic categories in the Slovenian digital media also achieved a record increase, while other industries have adapted their communication methods. iPROM’s media consumption analysis conducted in the second half of March saw a 52 per cent increase in the number of users, who read each day, on average, 75% more web documents than in February. This information suggests that the content of Slovenian media is more relevant than ever before,« says Miha Rejc, Head of Social-Media Management of iPROM.

An increase in all social media visits

According to Rejc, all social media is currently getting more traffic: due to self-isolation and physical distancing, people are more intensively focussed on socialising through screens and digital channels. »Right now, the most important thing for brands is to keep on communicating with their followers, despite these different circumstances; however, they have to adapt their messages to the situation, and encourage their followers to comply with the measures. During these times, the possibility of two-way communication with brands on social media is even more important,« he says.

The full article was originally published in the printed edition of Marketing magazin (May 2020): Has corona-crisis further encouraged social media advertising? (No. 467).

This website uses cookies that do not store user's personal information. Some cookies may have already been set according to the EU directive. By continuing to visit this site, you consent to their use.I understandMore information